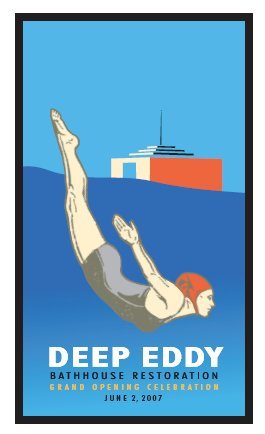 The Friends came together at the pool around 6:30 in the evening for our Annual Meeting on Tuesday 14 May 2019. Amongst those in attendance were Laura Acklen, Christina Flores, Haley Moberg, Karen Kelly, Don A. Williams, Heidi Gibbons, Michaeli Brunk, Vicki Tatum, Paul Bardagjy, Randeen Torvik Ragan, Maureen Coulehan, Jeff Hershey, Joe Luke, Tim Parker and Blake Tollett. Our good friend James Moy brought mango ices for us. Thank you Jim-Jim.

From PARD Aquatics Adam Thompson and Ashley Wells joined us.

By unanimous acclimation the following from the previous year’s BoD was reinstalled. The current officers have graciously consented to continue their service to the Board:

Maureen gave us a financial report and as of 1 January 2019 we had $63,966.42 on the books. Putting our very minimal annual operating expenses aside, this was an unusual year for us as we took on the drilling of another water well to supplement the existing pool water sources.

The project came in just under the proposed budget. The approximately $5,000 difference between projected cost and grants received will be utilized for the construction of a small building to cover and protect the well equipment similarly to what has been done on our other wells on site.

Our current balance is $59,079.60. This amount includes an account receivable from the Austin Convention & Visitors’ Bureau (AC&VB) (NKA Visit Austin!) in the amount of $40,000. We are very fortunate and very thankful to the good folks and organizations that helped in seeing this project to fruition. And it is a good well!

Michaeli volunteered to come up with signage publicly thanking these generous supporters.

Maureen has filed the requisite IRS 990 report for 2018 and a copy of the document will soon be available for viewing on our website.

Paul then opened the meeting up to general discussion items:

Due to Barton Springs being closed due to flooding, Deep Eddy has been opening at 6 AM which doesn’t allow our two north side wells to fill the pools adequately so the less perfect water well on the off side of the pool is also being used. This is not optimal but once normal operating hours are resumed this murkiness will clear. It has been noted that the new well has a slight sulpher smell; the drillers assure us this will pass with time.

Laura has been working on a new website for us and she needs new content. Our current webmaster Jonathan will facilitate the merger from the old site to the new. She is also working on a FODE mission statement and is asking for help with that also.

We discussed ways to keep some monies coming in to our general fund with the idea of transitioning away from selling merchandise. We still have t-shirts left over and with 4 PARD Deep Eddy Movie Nights on tap this summer, we will again try and dump our back inventory.

Michaeli, Heidi, Christina and Laura will put their heads together for new fund raising ideas. There was a brief mention of another end of summer party.

Under landscaping, PARD remains open to working with us. Tim Parker, swimmer and landscape architect, spoke to us in general and our initial focus will be on keeping the eastern hillside gallery grassy area open to the public. The PARD maintenance crew needs to keep up on this and the lawns need a source of irrigation. Irrigation may be a good use for the off side well, and depending on cost, FODE would participate in the utilization of this natural source of water to expand the current system. PARD does a good job of keeping the trees watered; general irrigation of the facility, not quite as good.

We then turned to parking issues. From last year’s Minutes:

“We then turned to the issue of onsite parking. Deep Eddy Cabaret has added a very popular food trailer to their site. Under current City ordinance food trailers require no designated parking, and since the bar itself has little or no parking due to that requirement being grandfathered from current regulations because the commercial use has been in operation for many decades, there is a lot of new pressure on Deep Eddy’s lot. There will be no easy solution here. Commercial operations along Lake Austin Boulevard continue to expand, the Park Police substation is probably not going anywhere, and Deep Eddy Pool will always be popular. The most likely scenario will be that the lot becomes metered parking. Season swim pass holders receive a hangtag allowing free parking at Zilker/Barton Springs, and that exemption should transfer over to the Deep Eddy parking lot.”

Well, the situation has gotten worse this past year in that the City has brought in parking benefit districts to the area. Basically they have metered pretty much all of the public on street parking. Unfortunately there has been no movement on the City’s part to address the issue. The Parks Police are supposed to begin ticketing illegal parkers during certain time windows, but what those windows are and how they propose to differentiate between the users of the lot is really not known at this time.

It was suggested to PARD that it might be beneficial to implement a staff parking management plan, but that addresses only some of the shortfall. Proactively confronting this problem doesn’t seem to be scheduled and this is not something that will work itself out.

Summer patrons to the pool will bring this issue forward. Joe Luke, Bill Russell and Laura volunteered to explore options with PARD.

Having no further business to conduct, we adjourned.